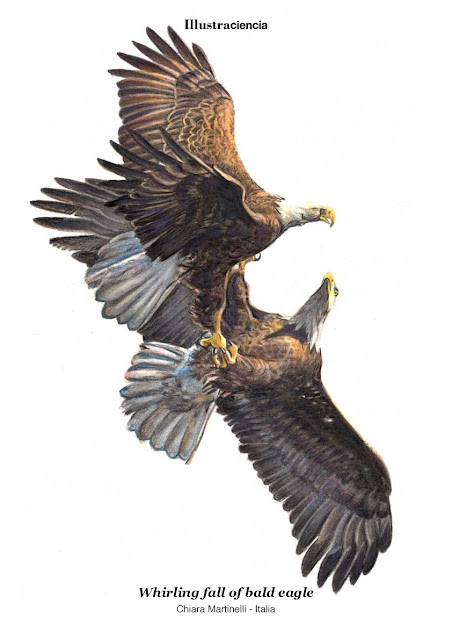 PUBLISHED: No WHERE: Bologna (Italy)

DESCRIPTION: The bald eagle is a large bird of prey in the family of the Accipitridae, widespread in North America.
The plumage is black or dark brown, sometimes brown, with white head and tail for male and female. The beak is large and hooked with a yellow cere. Among the eagles is the largest, reaching 110 cm in length and nearly 3 meters of wingspan.
The nuptial parades of bald eagle consist in a mutual soaring made by the territorial couple and begins during the breeding season (earlier than other birds of pray, in the mid-February). The flight includes swoops, chases and culminate in a foot-touching made by the two partners and may end with a whirling fall, which stops after few seconds just before hitting the ground. Sometimes bald eagles simulate aggressive behavior between the two individuals with a mock fight. These behaviors are usually demonstrations that end with the copula, which is normally made on perches near the nest.