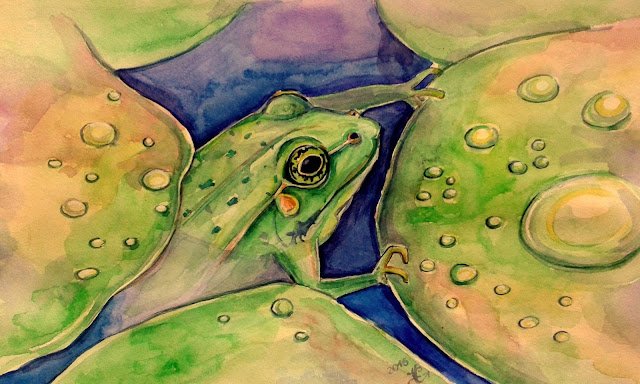 Descripción:
Frogs are amphibians that inhabit almost all parts of the world. They dwell everywhere – in waters or marshes, on the earth, even at depths of several meters in a solid layer of clay on the trees.The small frogs that live in Cuba, have a body length of 8.5 mm to 12 mm.The world's largest frog is toad yeah, it can weigh more than two pounds. In addition, toad yeah – one of the most poisonous among toads and frogs. The world's smallest frog has a length of only 2.4 cm.Vision in frogs arranged in such a way that they can simultaneously see forwards, sideways and upwards. They never close my eyes for a long time, even during sleep.In Japan frogs are considered a sign of good luck.
In Ancient Egypt, frogs were a symbol of resurrection and even mummified along with dead. This is probably due to the fact that many species of frogs living in temperate and cold latitudes, annually go into hibernation, freezing, and rise again in the spring. The fact that frogs produce an antifreeze molecule – glucose. Fluid in the tissues becomes syrupy freezing without forming ice crystals, which allows the amphibians to survive.