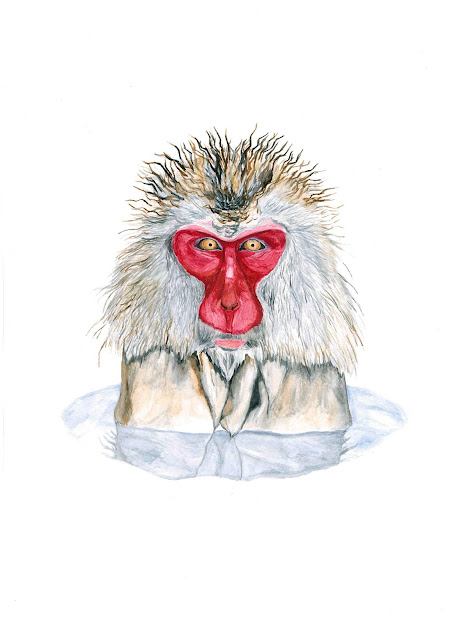 Description:
The Japanese macaque (Macaca fuscata), also known as the snow monkey, is a terrestrial Old World monkey species native to Japan. They get their name "snow monkey" because they live in areas where snow covers the ground for months each year – no other non-human primate is more northern-living, nor lives in a colder climate. Individuals have brown-grey fur, red faces, and short tails. There are two subspecies.
Due to variations in the latitude and altitude of the Japanese islands, the habitat of the Japanese macaque varies greatly between the extremes of its distribution. Near the southern end of the population distribution, habitats include sub-tropical forest and at the northernmost reaches, sub-arctic forest is found in mountainous regions.
The Japanese macaque is omnivorous and will eat a variety of foods. Over 213 species of plant are included on the macaque's diet. It also eats insects, bark and soil. On Yakushima Island, fruit, mature leaves and fallen seeds are primarily eaten. The macaque also eats fungi, ferns, invertebrates, soil and other parts of plants.