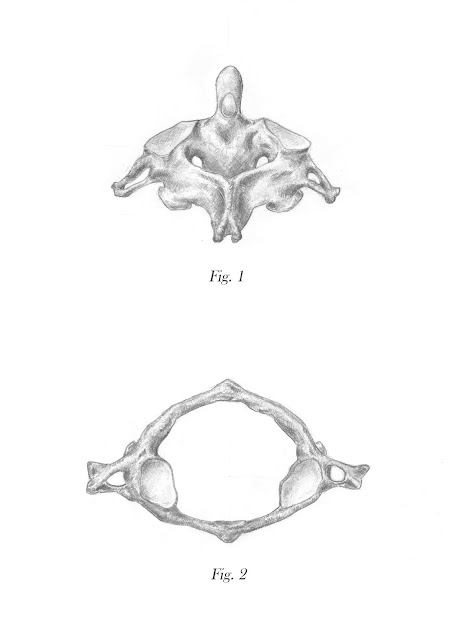 Description:
Most of the mammals have seven cervical vertebrae (C) of the spine. Though hard to believe, even giraffes do. On the other hand some of the sloths can have eight, or even ten of them. The cervical vertebrae are similar to each other, however there are some exceptions.
Like the two topmost vertebrae: atlas (C I) and axis (C II), pictured in Fig.2 and Fig.1 respectively. They form the joint connecting the skull and spine and are specialized to allow a great range of motion. They are responsible for the nodding and all the rotation movements of the head. Our first cervical vertebra is sentenced to support the skull, just like Atlas, one of the titans in Greek mythology was forced to carry the weight of the sky on his shoulders. These are those two titans: the one from the story and the one from our spine, who gave us the ability to look up in the stars and the smaller one is not necessarily weaker.