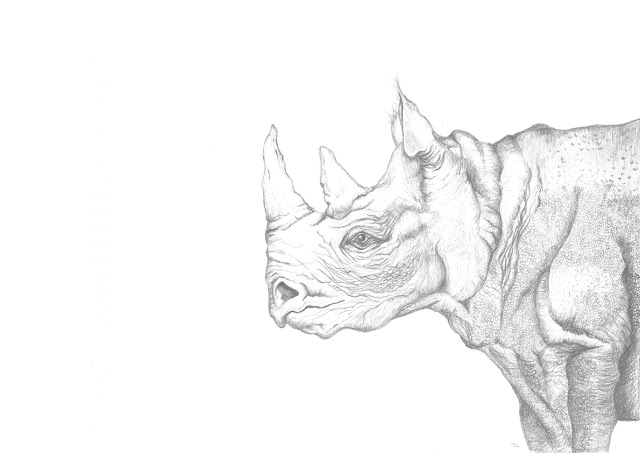 Description:
The illustration depicts the White Rhinoceros (Ceratotherium simum) species that is native to mostly southern parts of Africa, more specifically: South Africa, Namibia, Zimbabwe and Kenya. Although this particular species is referred to as the "white" rhinoceros, in actuality, the color of their skin ranges from shades of brown to grey.

The White Rhino is the second largest mammal in the world after the elephant. They feed on grasses and can be found grazing and inhabiting grassy savannas and clearings. To cool off and protect themselves from the beating sun, the White Rhino often wallows in think mud.

Although the White Rhino has experienced some resiliency when it comes to extinction, they still remain at risk of illegal hunting and poaching. Their well-defined horn that they are so well known for has been the reason why they are killed as it is poached for medicinal uses in other parts of the world. Today, there are currently approximately 20,405 white rhinos surviving in the wild.