Illustraciencia rewards and disseminates the work of professionals of scientific illustrations and approaches science to society. The selected works will take place of a collective exhibition and a catalog. The award is organized in order to gather all those scientific illustrators who wish to join the cause by presenting their best work, made in 2016 or 2017. On the other hand, courses, workshops and other kind of activities will be carried out with the goal of making scientific illustrations available to all citizens.

The only requirement to participate is to be older than 18. The winner of the last edition and the members of the jury and the organising committee are excluded of the competition.

The works presented can be submitted from the March 1st until the May 5th, 2017. The 40 works selected by the jury will be published the June 1st, when the popular vote will start and it will last until the June 30th. Finally, the winner of both categories will be announced the July 5th.

The 40 selected illustrations will be posted on the blog and the website of Illustraciencia as well as disseminated through social media. These illustrations, including the two winners, will also be part of a travelling exhibition. In the past editions, this exhibition has been held in museums such as the National Museum of Science and Technology (MUNCYT), education and cultural institutions, like the University of Chelyabinsk (Russia). Along with the illustrations the participants may send pictures, videos and texts of the creation process of their work. This supplementary material will be published in the section “Work in Progress”.

Furthermore, the participants will become part of a growing community of scientificillustrators and other profiles interested in science and art, which allows the creation of synergies and common projects. For example, the project “Yo Ilustro Ciencia” (I Illustrate Science), which along with other activities is presented in the annual directory of Illustraciencia.

Illustraciencia is looking forward to receive your illustrations, so sharpen your pencils, get your brushes ready, turn on your graphics tablet and let’s fill the Internet with art and science.

Regards and lots of ink! 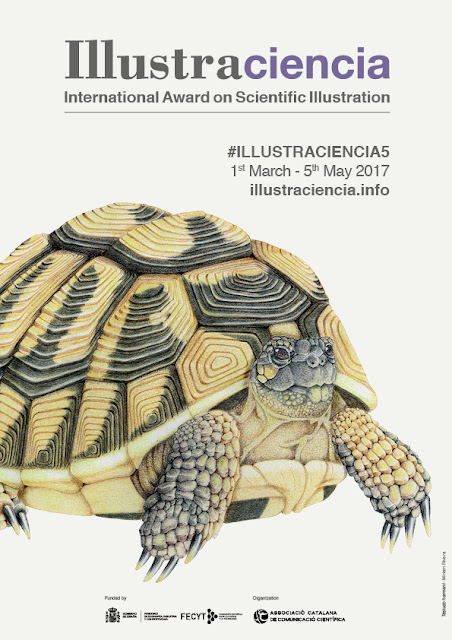