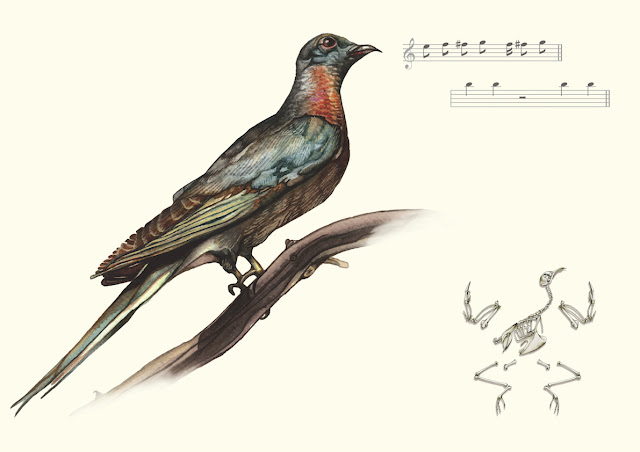 Description:
The passenger pigeon (pictured with the musical composition of the male's vocalization and skeleton) is an extinct species of migratory pigeon from North America.
Traditionally, it was hunted by the indigenous tribes of North America, however, after European colonization the passenger pigeon was perused with less digression and on a larger, and more rapid scale. By the mid 19th century, the pigeon's numbers were noticeably dwindling, and by March 12, 1901 the last sighting of a wild passenger pigeon was reported in Illinois.

Year:
2017
As the author of illustration I have given permission for it to be loaded on Wikimedia Commons, Creative Commons Attribution Share Alike 3.0.