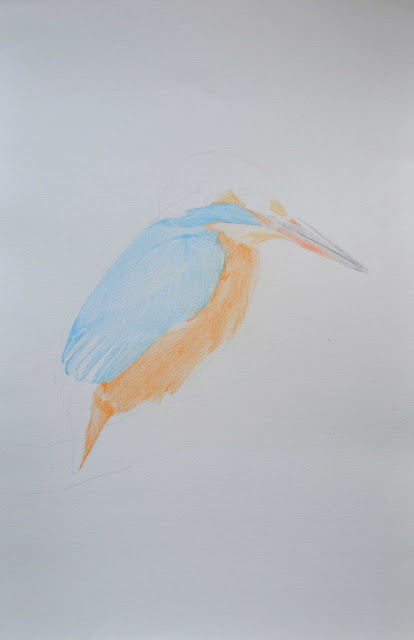 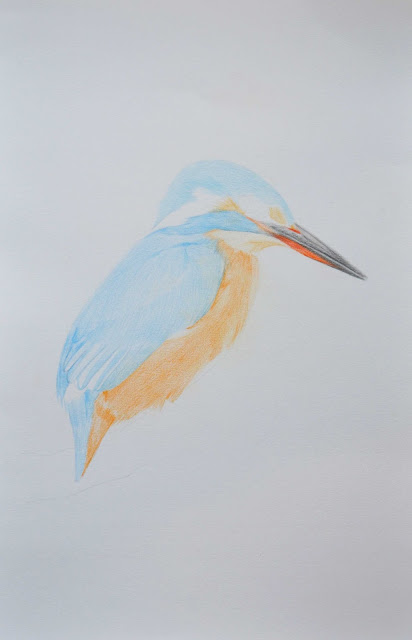 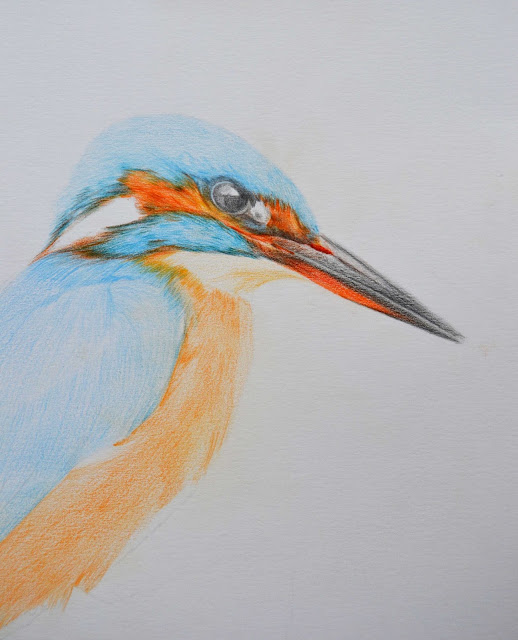 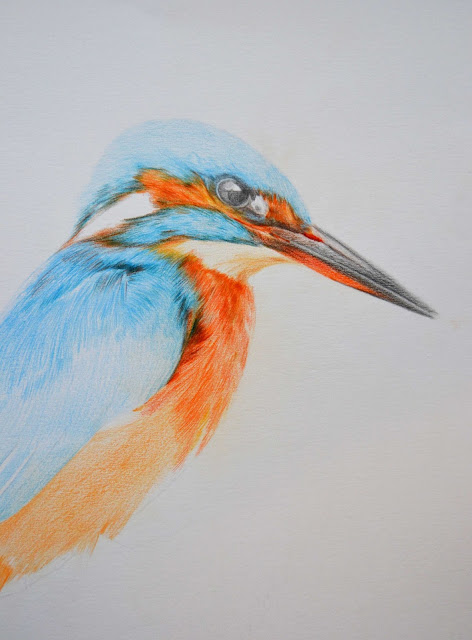 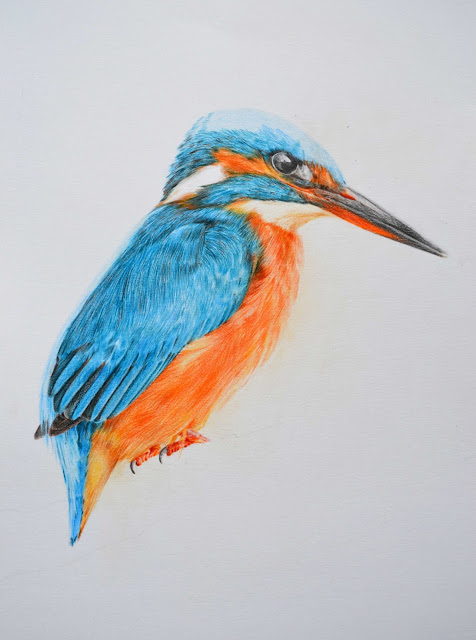 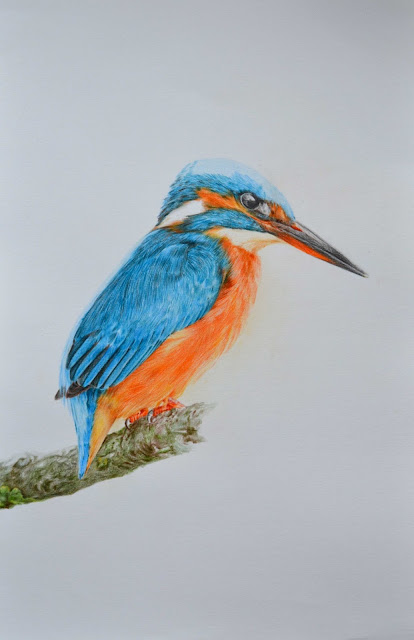 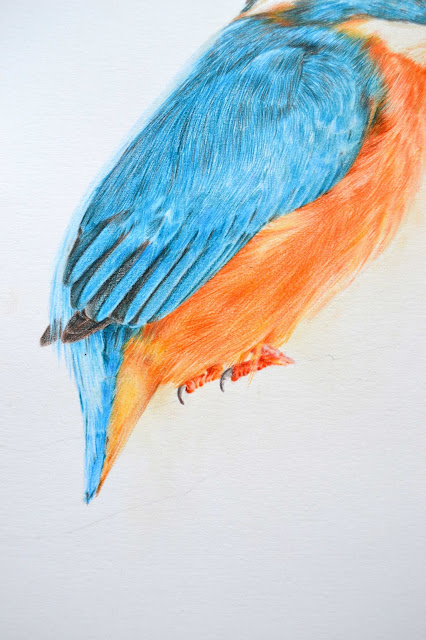 This incredible species has a very characteristic dumpy body, large head and long bill shape. With vivid red legs and feet, the adult male has beautiful green-blue upperparts with pale azure-blue back and rump, a rufous patch by the bill base and ginger ear-patch. It also has a bluish neck stripe, white neck blaze and throat which contrasts with its redish underparts and black bill with some red at its base. It is about 16 cm (6.3 in) long and weights between 34 and 36 grams.

The most interesting aspect of creating this piece was to be able to explore such variety of colours and get lost in the details of the beak and the comb.
It was drawn in January 2017.