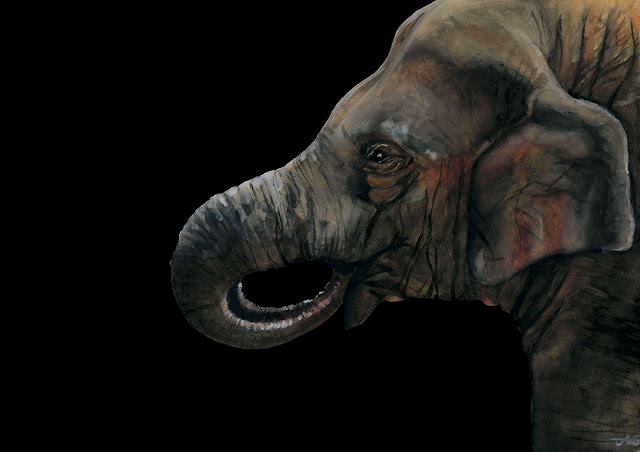 Description:
The scientific name of an Indian elephant, which is a national heritage animal of India, is Elphas maximus indicus. Out of all Asian subspecies the Indian elephant is the biggest. Even though it is one of the largest terrestrial mammals in Asia, it is still much smaller than its African version. Indian elephants can reach around 6.4 metres in height, and weight around 5 tons. One of their most distinct features are small ears and only one finger-like projection at the top of the trunk in comparison to the two-fingered trunk of its African relative. The trunk is one of the most important features of this species because a large amount of muscles provides a great flexibility and strength. It is mainly used for feeding and drinking but it is also used as an excellent tool.

Year:
2017
As the author of illustration I have given permission for it to be loaded on Wikimedia Commons, Creative Commons Attribution Share Alike 3.0.