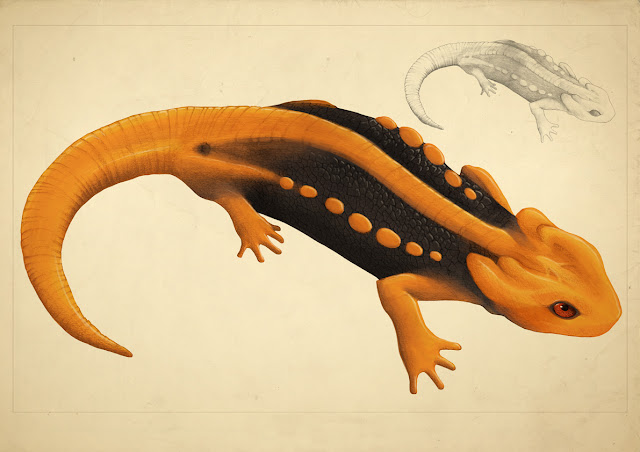 Description:
In the very year that so many species were extinct, it is heartening to know that there is still so much unusual and undiscovered biodiversity. Tylototriton anguliceps was one of 163 species recently discovered in the Greater Mekong region of Southeast Asia. It has come to be known by its common name – Klingon Newt, due to its stark resemblance to an imaginary intergalactic species. I chose to illustrate this specimen due to its vivid colouring and contrast. Due to the limited number of photos of the T. anguliceps I had to resort to recreate the illustration based on other specimens from its genus.