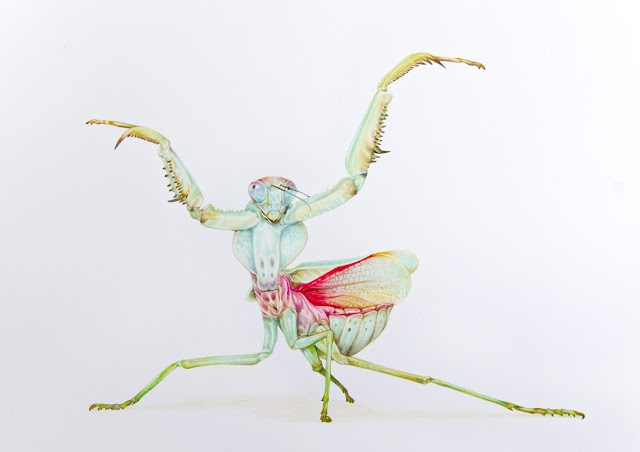 Description:
In the whole Earth, you can find fascinating insects as a variety of Religious Mantis. The religious mantle or European mantle varies from bright green to light brown to various colored shades. The prayer position from origin to his name. When the tibias are folded they end up coming in contact with each other; They also end with a long arched and very pointed hook.
When she looks at the prey, the mantle stretches the femurs and the tibias and after grasping the victim, she folds them like a tenon around her body, while the plugs prevent her from fleeing.
When the paws have resumed the initial position of prayer, the prey comes to be right in front of the mouth that smells it quietly. In the past, his movements are often associated with the movements of some martial arts styles.