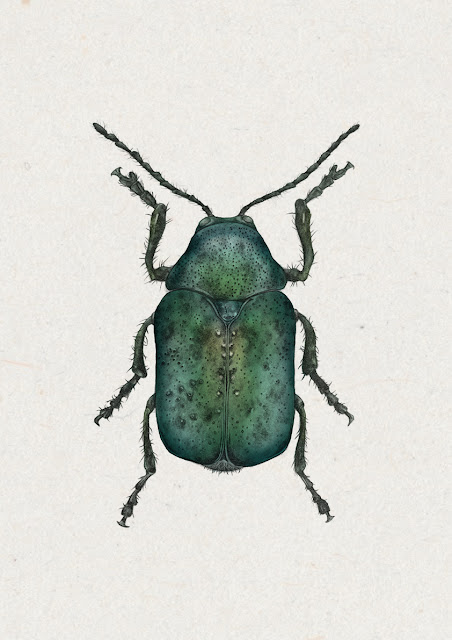 Description:
My reasoning behind choosing to draw a beetle was because I personally like the symetry of them and find them to be incredibly interesting creatures. Why I chose the Cryptocephalus Aureolus in particular was because I was curious to learn more about a species of which I had previously known nothing about and I was drawn to it's large size and bright colour.
The trait which I chose to focus on in my illustration was the bold colour of the beetle which it surprisingly uses as a form of camouflage because the light reflects of their exoskeleton causing them to slightly change colour depending on the angle of the light. Also their vivid colour acts as a warning to creditors if seen.