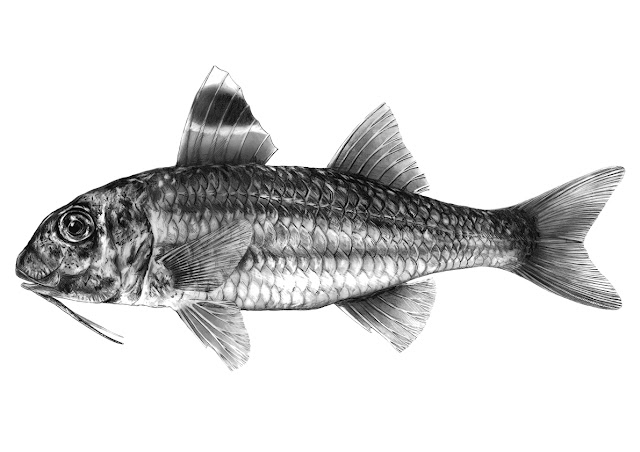 Description:
The striped red mullet is a species of goatfish found along the coast of Western Europe up to the English Channel, Northern part of West Africa from Gibraltar to Dakar, and also in the Mediterranean and Black Seas.
They can be found in water as shallow as 5 metres (16 ft) or as deep as 409 metres (1,342 ft) .
Its standard lenght is 40 cm but it's more commonly seen at 10-25 cm.
It has a pair of stout barbels under its chin. They are used to stir up rocks on the bottom of the sea in order to find food.
It's color is reddish, usually with a darker red longitudinal stripe from eye to caudal fin and 3 yellow/brown lines on lower sides. The first dorsal has a distinguishable dark mark.