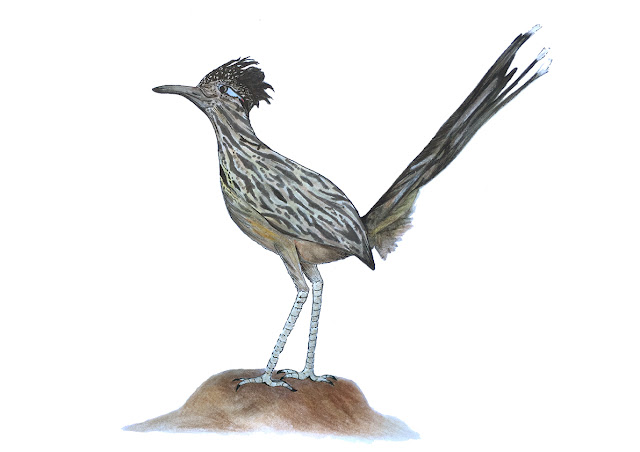 Description:
The roadrunner (Geococcyx californianus) is a bird with long legs from the cuckoo family (Cuculidae) that is also known as the chaparral cock, a ground cuckoo, and a snake killer. It resides in Mexico and the Southwestern United States. Weighing in at 221-538 g, it measures at about 52-62 cm long with a wingspan measured at 43-62 cm and has only 4 toes on each foot (two toes on front and two toes on back). It spends most of its time running at a speed up to 32 km/h on the ground instead of flying. With its abilities to run, the roadrunner kills and eats insects, spiders, tarantulas, scorpions, mice, small birds, lizards, and snakes. The roadrunner became special in the Native American tribes because it is believed to provide protection against evil spirits.