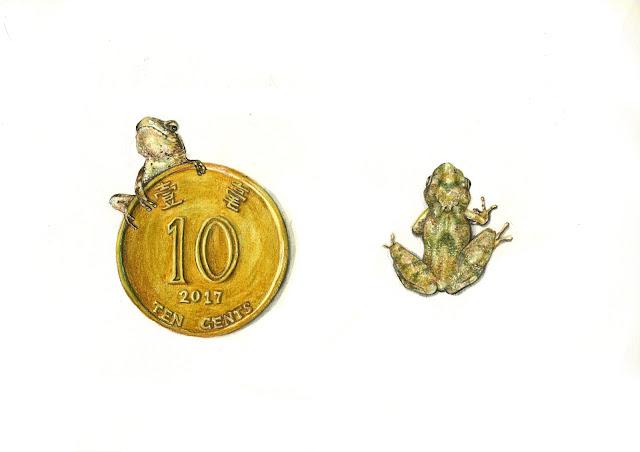 Description:
Most of the people in Hong Kong nowadays are cooped up in flats most of the time. Growing up in a concrete jungle, we are disconnected from nature. And because of our ignorance or lack of knowledge to nature, We are scared of them. I was one of them. I used to be so scared of Amphibia, not until one day I saw a black tiny shadow jumping at the pond. I came closer to the shadow, it was a tiny frog,even smaller then than our smallest currency 10 cents with a length of 2 cm. I googled its attribute at home and found that it is called the Romer's tree frog, a species of frog found specially in Hong Kong. With a length of 1.5 cm, it is the smallest amphibian recorded in the territory.