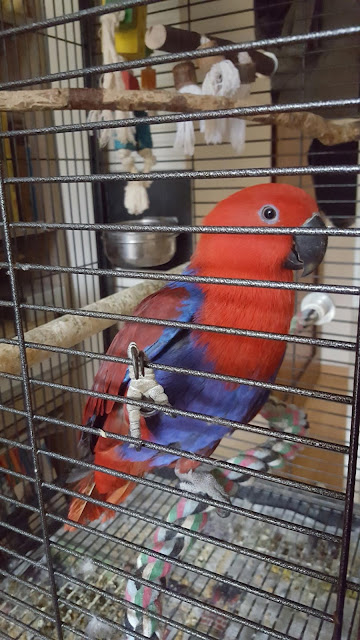 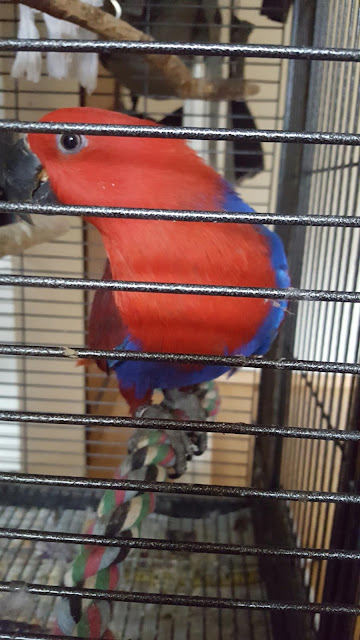 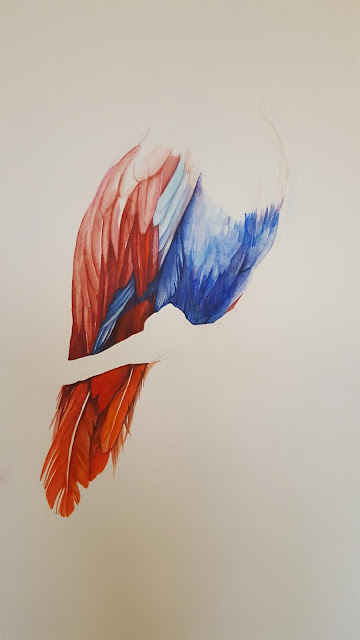 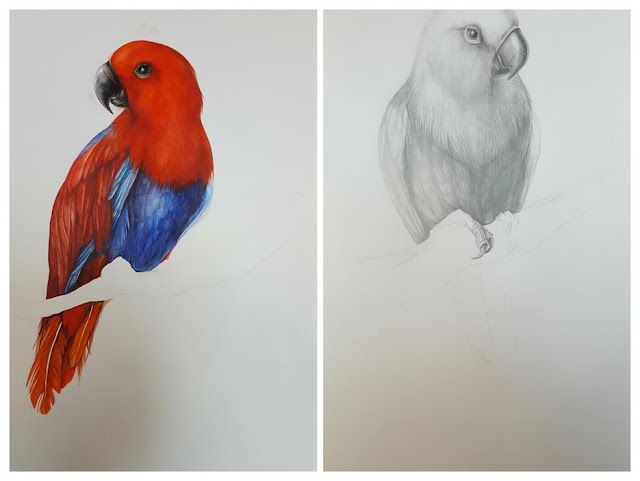 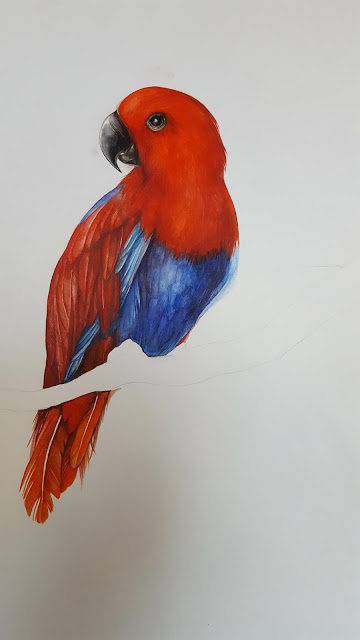 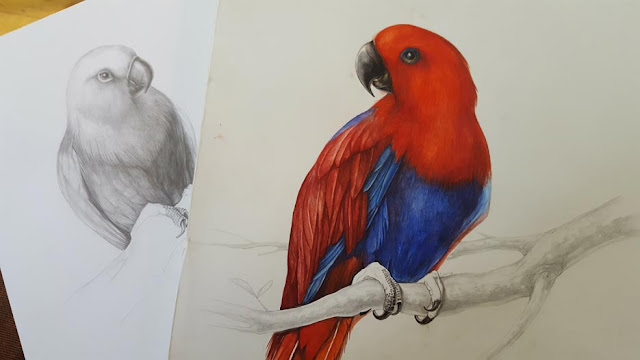 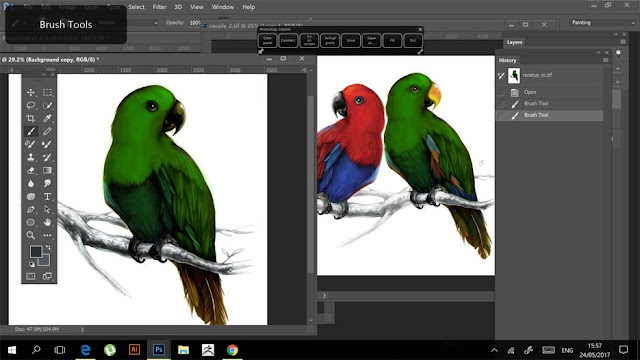 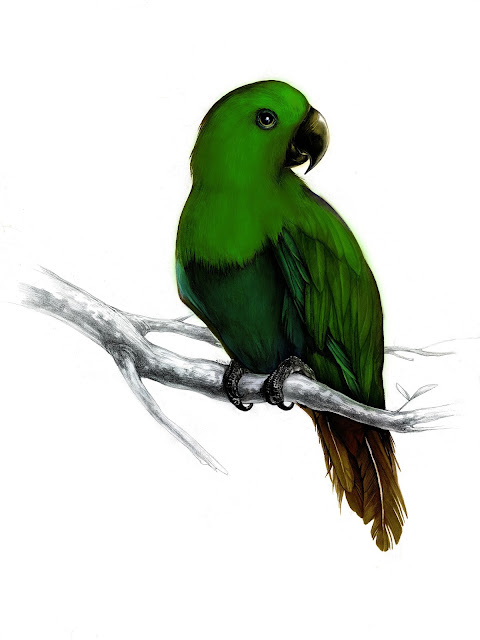 "The female eclectus roratus, called Raya, is the parrot of mu neighbour. Before turning one year, she have been already been a part of a Hollywood production last year. so naturally, the moment I saw her, I decided she should become my next model.

The painting was made for the first annual exhibition of the Bulgarian society of animal artists, florists and scientific illustrators. I spent a couple of hours with her, observing her constant movements carefully, while making a detailed pencil study. Shortly after, I started a watercolour illustration, based on the study and using a few lousy photos as a reference. The male was added later. It differs from the female drastically, however, only in terms of colour. The size and the external features are basically the same, therefore I decided to use the same illustration. It was only colored and adjusted in Photoshop using wacom tablet."