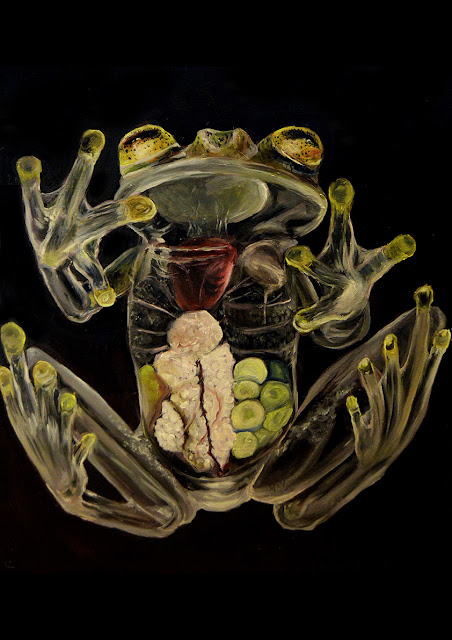 Description:
The family Centrolenidae contains the glass frogs, arboreal frogs that inhabit numerous areas along the equator. The species in this family depicted in this illustration is Hyalinobatrachium colymbiphyllum, which is also called the bare-hearted glass frog. What makes this family of frogs interesting is their abdomen. The undersides of these amphibians are translucent, allowing for the internal organs to be visible from below. It may seem counterintuitive to evolve such a sensitive underbelly in a species which has natural predators, but the translucent nature of the frogs' skin assists in their camouflage. It's an all or nothing approach to survival with high risks but the reward of continued survival. Glass frogs are an anatomical anomaly, intriguing scientists and naturalists alike.