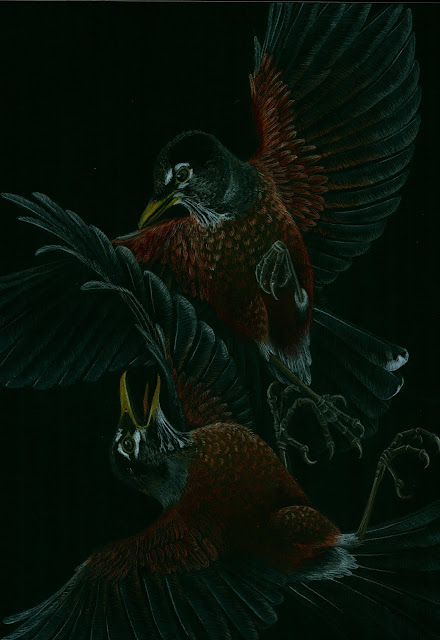 Description:
When I was prompted to draw something out of nature, I had a tough time deciding on what to draw. Always being a lover of animals, particularly birds, I had such a broad spectrum to narrow down. I had to think to myself, "What bird do I know best?" While pondering I looked out my window and saw a robin singing. Perfect! Having raised six robin chicks to be released thriving in the wild, I knew I could capture every detail on every feather and know it like the visage of my own face. I began to draw the robin perching, but soon realized that was too simple. Inspired by my favorite artist Audubon, I decided to draw the bird in action. When I think of a robin in action, I think of two males sparring. So, I depicted two male robins intertwined in a candid, seconds long, epic battle.