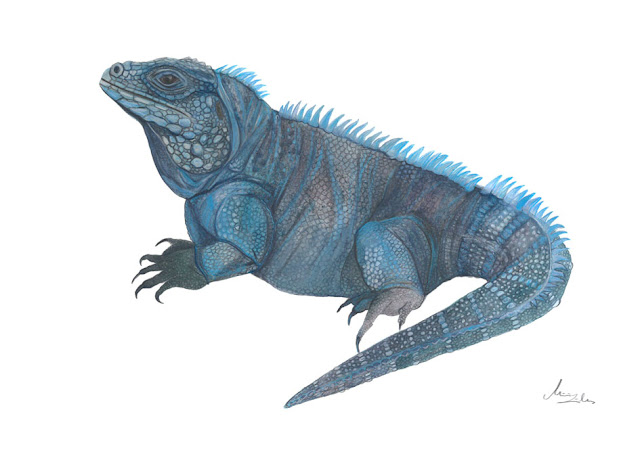 Description:
The Grand Cayman iguana is one of the longest-living species of lizards with possibly up to 69 years (record has been 67).The most striking characteristic of this iguana is its colour which changes throughout its lifetime. A mature male's skin colour ranges from dark grey to turquoise blue, whereas the female is more olive green to pale blue. An adult is typically dark grey matching the karst rock of its landscape but changes its colour to blue when it is in the presence of other iguanas to signal and establish territory and is more pronounced during the breeding season and more so in males.The illustrated iguana is in resting position in which the species tend to change into a darker shade of blue.This illustration amplifies the species vast variety of colour and detailed skin.