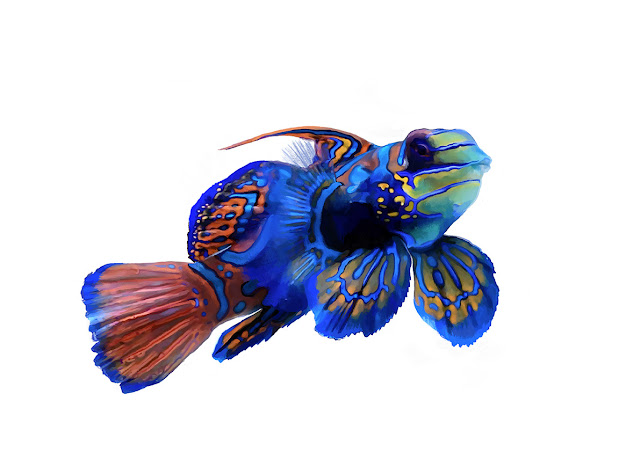 Description:
I chose to draw the Synchiropus splendidus, also known as the mandarin fish. It is commonly found in warmer areas of the Pacific ocean. This digital drawing aims to illustrate the beautiful and mesmerizing colouring of the salt water fish, which also inspired it's name, since it evokes the traditional robes of imperial chinese mandarin. In most specimen you can see a bright and vivid coloration that is characterized by a striking blue "base color", with orange stripes and a blue/green face with blue stripes. The colouring and markings can change slightly in between different specimen.