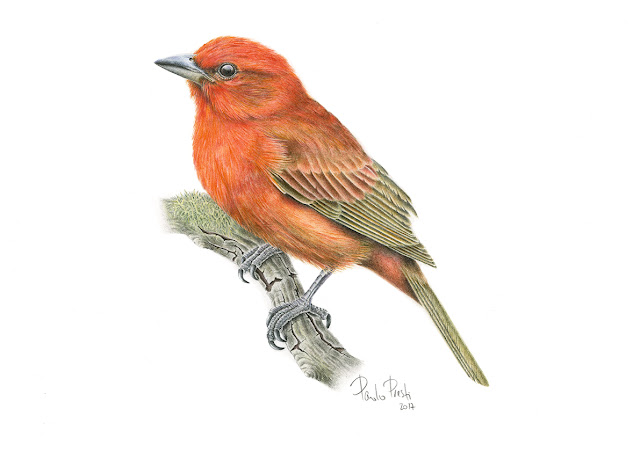 Description:
The Sanhaço-de-fogo (Piranga flava) occurs from the southwest of USA and Mexico to Bolivia, Argentina, Uruguay and Brazil. In Brazil, it can be found in almost all biomes, with a few occurrences in Amazon. The scientific name Piranga flava comes from the combination of the tupi word "pi'rãg" (red) and the Greek word "pyros" (fire) and from the Latin word "flavos" (gold yellow). Therefore, its name means Red-fire-yellow-golden bird.
For most of the Cardinalidae birds, the males are more colorful, whereas the females are more opaque and less attractive to the human eye. The male P. flava is almost all carmine and the female has a brown-yellowish plumage. The younglings exhibits a mixed plumage between orange-greenish hues for one year until they reach the adult condition.