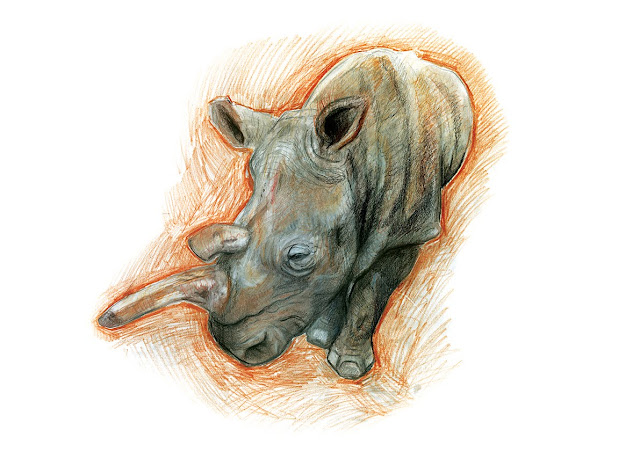 Description:
I was inspired to create a portrait of Sudan the the last male northern white rhino died earlier this year aged 45, he was of a rare subspecies of white rhino, I heard about his death back in March 2018 while reading the New York Times. I was inspired by the beauty of the animal and the avoidable human caused extinction of a species.
The northern white rhino's decline in population was due to war, poaching for ivory and loss of habitat.
A team of scientists are currently attempting are using state of the art reproductive techniques to try and revive the subspecies from extinction.