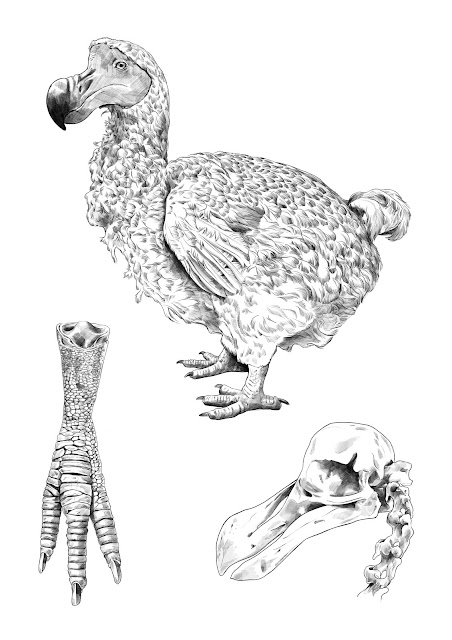 Specie:
Scientific study of a dodo

Description:
There are very few pieces of evidence of the dodo before its extinction, and the last confirmed sighting on Mauritius was around 1688. Specimens of the strange bird had already been sent to Europe for scientific study, and in several university collections, skeletons and stuffed dodos survived. There even used to be a complete dodo in Oxford, but they had to discard the majority of the specimen in the 1700s. Unfortunately, Europe's 17th-Century scientists did not realise quite how valuable their dodo specimens were.
Until now, scientists have relied on paintings and illustrations said to have been drawn from live birds, but what if the paintings were inaccurate? The basis for our understanding would be flawed.
Recent research show how one painting may have misled us for 400 years.