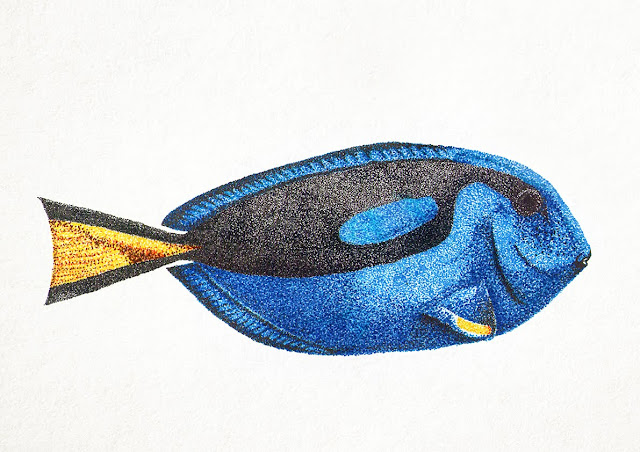 Description:
The fish in the illustration is called the royal blue tang, regal tang or surgeonfish. Royal blue tangs have an important role to play in our oceans. These fish are important to the life cycle of the coral reefs. They are known to feed on the excessive algae that grow on coral reefs. Which means that by eating the algae, they prevent it from growing out of control and choking the coral to death. In return, coral reefs provide shelter and protection from the predators. When faced with a predator, the royal blue tangs often "play dead" by lying on their side and remaining motionless until the predator passes them by.
They have appeared in movies like Finding Nemo and Finding Dory, which skyrocketed their pet trade.
Muniza Shariq currently works with Kutuki.