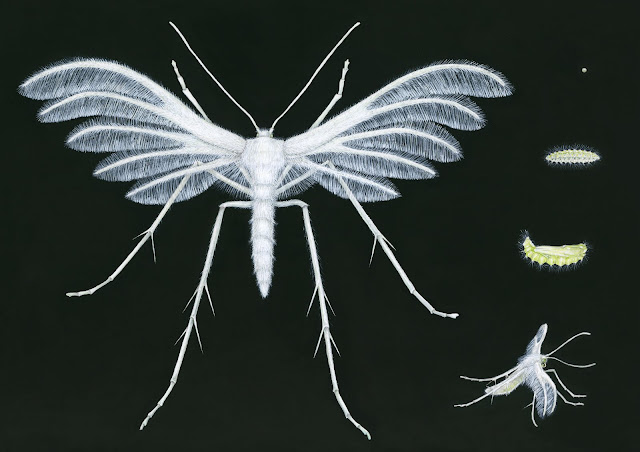 Description:
White plume moth is a moth from family Pterophoroidea. It is named for the deep wing divisions that resemble plumes. The hind wing pair is divided in three feathery plumes and the front pair in another two. It is recognized by its uniformly white color. It is one of the most distinctive »plume« moths, and one of the largest. The wing span is 24 – 35 mm. We can observe it from June to August when the adults fly from dusk onwards. They inhabit dry grassland, waste ground and gardens. During the day they usually rest on plants, with their wings stretched out and rolled into the shape of a rod. The caterpillars overwinter and feed in bindweed (Convolvulus).