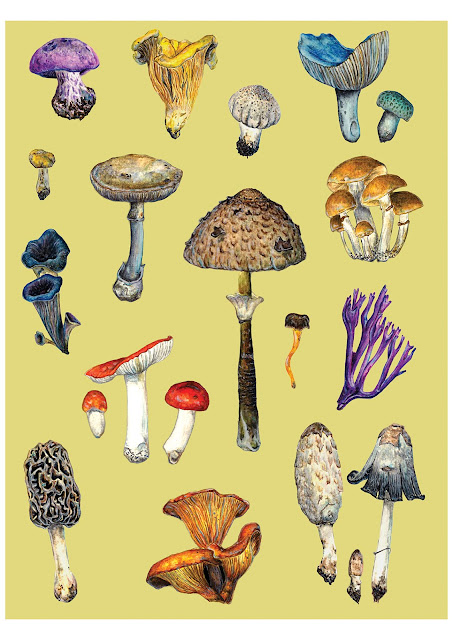 Description: "Nature alone is antique, and the oldest art a mushroom" – T.Carlyle
Fungi are among the most diverse groups of organisms on Earth with a global diversity estimated at 0.8 million to 5.1 million species.
A mushroom is the fleshy spore bearing fruiting body of a fungus, typically produced above ground soil, or on its food source. Some species of mushrooms are edible and poisonous. Mushrooms have been existing on earth even long time before man appeared on earth, as it is evident from the fossil records of the lower cretaceous period. They play fundamental ecological roles as decomposers, mutualists, and pathogens, growing in almost all habitats and being important as sources of food and health benefits, income, and to maintain forest health.