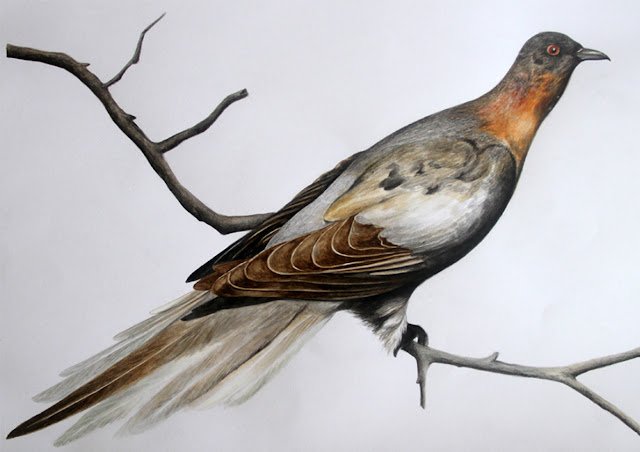 Description: Martha (1885 – September 1, 1914) was the last living passenger pigeon (Ectopistes migratorius). She was named "Martha" in honour of the first, First Lady Martha Washington.
By November 1907, Martha and her two male companions at the Cincinnati Zoo were the only known surviving passenger pigeons. One of the Cincinnati males died in April 1909, followed by the remaining male in July,1910. Martha soon became a celebrity and offers of a $1000 reward for finding a mate for Martha brought even more visitors to see her. Several years before her death Martha suffered an apoplectic stroke.
Martha has become a symbol of the threat of extinction. She was used at the Zoological Society of San Diego's 1966 Golden Jubilee Conservation Conference as a mascot to emphasize the need for conservation.