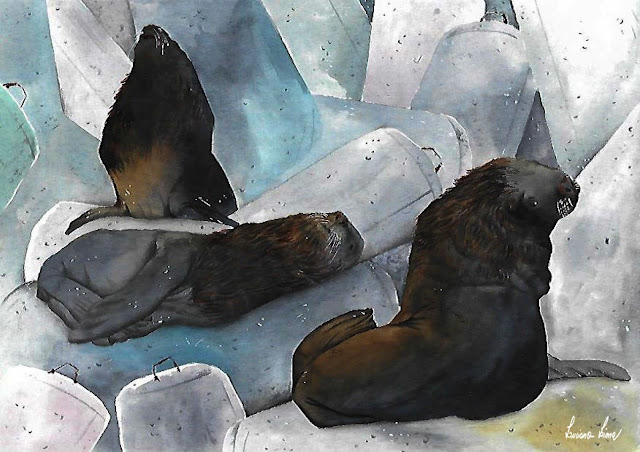 Description: The South American sea lion (Otaria flavescens, formerly Otaria byronia), also called the Southern Sea Lion and the Patagonian sea lion, is a sea lion found on the Chile, Ecuador, Peru, Uruguay, Argentina and the shores or southern Brazil. It is the only member of the genus Otaria. The South American sea lion is perhaps the archetypal sea lion in appearance. Males have a very large head with a well-developed mane, making them the most lionesque of the eared seals. They are twice the weight of females.
These animals appear quite often on the beach of the city where I live. I did the drawing observing a small group of these animals that were on these concrete constructs.