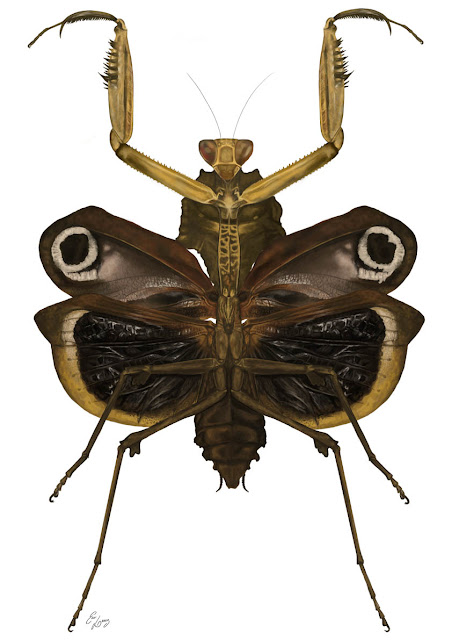 Description: This species is a master of camouflage due to its colour scheme resembling a dead leaf. When threatened, it can freeze and throw itself to the ground, crumpling its legs inward to further its resemblance. However, it can also raise its forelegs and display its patterned wings as a deterrent to predators, such as birds, as shown in this illustration. This is called deimatic display. Its sharp spiked forelegs grab onto prey with incredible speed, capturing not only insects, but lizards and birds also. I have always had a fascination with entomology and this digital painting was created from life, using a specimen that I pinned myself.