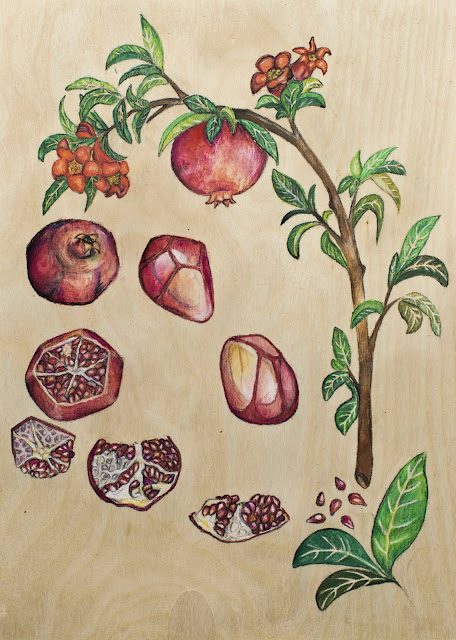 Description: Pomegranate is a shrub cultivated in the Middle East, Africa, Asia, the Mediterranean region and Caucasus.
Growing between five to ten meters tall, it bears pomegranates – fruits of the same name. The pomegranate fruit has a red, tough, leathery husk (outer layer) and many seeds (enclosed in juicy arils) that are found inside. The thin papery sheets found inside the fruit separating groups of arils are called the septal membranes.
Interestingly, this quite complex fruit has been recognised as the paradise fruit by both the Arab and Hebrew culture, while Greeks thought of it as the 'fruit of the dead'.
Nowadays pomegranate's unique, zesty flavour is recognised around the world not only for its culinary value, but also its nutritiousness.