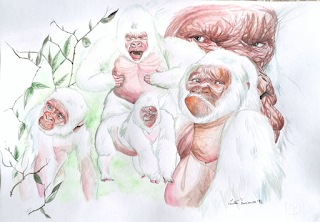 Descripción: Snowflake, a western lowland gorilla, was born in the wild in the Equatorial Guinea.
In 1966 he was taken to the Barcelona Zoo in Barcelona, Spain, where he lived until his death from skin cancer in 2003.
Study of Snowflake's genome determined that his albinism was caused by the gene SCL45A2.
He was the result of inbreeding an unusual practice for his species which was likely the reason for the gorilla's unique coloration. The albino mutation is recessive, meaning it becomes visible only if both parents pass the mutation on to a child. One of Snowflake's ancestors was likely the original carrier. Because his parents were an uncle and a niece their DNA contained some of the same genes, one of which appened to be the rare albinism mutation. 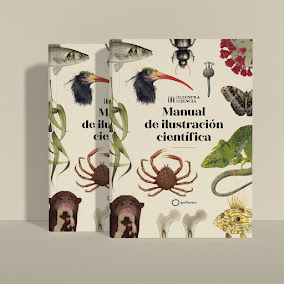