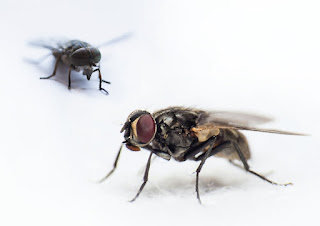 Description: Surprisingly, flies can also follow humans. In the United States, an entomologist named Alan personally proved it. Alan had the fly he named Freddy, who was always with him, eating the food Alan gave him. Freddy sat there and kept silent when Alan held out his finger, and he even showed it in front of people.